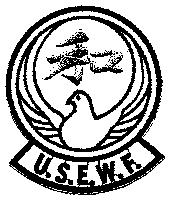 
A word from the Sensei

People do strange things at the beginning of a new year.  We make what are called resolutions that are mostly wishful thinking.  I'm just as guilty as the next person; but this year at least one thing is different.  I have retired from the running of "The Tradition" School of Karate.  Seems strange to say it; but it's true.  After 25 years of leading this school and being blessed by the friendship and support of its students I have turned it over to my former assistant instructor, Sensei Bill Ireland.  I have said before and I'll repeat it that Bill is one of the finest people it has ever been my pleasure to get to know.  My life has been enriched greatly by getting to know Bill, wife Jeannine, and daughters Carynn and Katie.  They are a close knit, loving, and wonderful family.  I couldn't have left the school in better hands.  By the way, I'm not retiring from karate; just the running of the school.  I'll still be working out and teaching when called upon.

Big news!  Looks like the tournament will be in early April this year.  Even bigger news!  Looks like the Grand Master will be attending this year to help the Federation celebrate its 40th anniversary.  This means that all Fed. members need to begin planning on being there right now.  We need a HUGE turnout.  Folks, it is a great honor to have the Grand Master attend our function.  Treat it as such.  Be there, look sharp, and if you compete, be ready to give your very best effort.  The USEWF is a great Federation led by superb martial artists and it is time to put our best foot forward.  You can check the Feds. website (from our links) to get all the information you need.

I am not a proponent of most karate tournaments.  While they have some benefits, I think those are many times offset by some very bad habits and attitudes that are picked up in tournament training and competition.  That being said, I always support our annual tournament.  Truth is, I have a ball every year.  It provides me with an opportunity to meet and hang around with some old friends that I don't get to see that often.  Another benefit is getting to watch some great competition.  I enjoy watching the children and lower kyu ranks.  Watching them is watching the future of our Fed. in action.  Their lack of skill is more than made up for in enthusiasm.

Hope 2008 is a year full of blessings for all of you.  Take care of yourselves; and I'll talk to you later.

Back to Wado Ryu Karate Association of Alabama